How to Improve your Business with Facebook Video Marketing10 min read 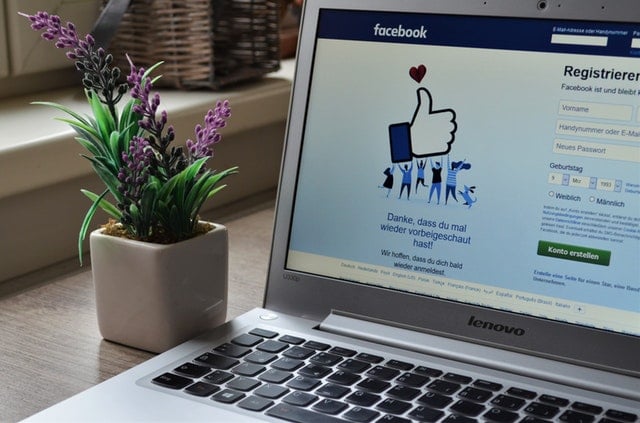 For you as a marketer, it’s time to get over YouTube. Recently, Facebook has turned out to be a top platform for video advertisements and is supporting unimaginable engagement rates.

A closer look showed that native videos uploaded on Facebook have 86% higher reach rate and outperformed those on YouTube by up to 477%!

This isn’t a competition anymore! Facebook offers you unprecedented opportunities to get your products or services at the center of the targeted audience, boost engagement, drive reach and much deeper sales than any other forms of promotion.

Facebook has aggressively introduced itself in the market competing fiercely alongside digital streaming services, for example, the likes of Netflix, Hulu, Amazon Prime and YouTube. The first approach video platform enables you as a marketer to come with video ads and integrate them in your business which will eventually optimize your image, awareness and sales.

It is hard to ignore the number of video watched per day on Facebook. With a survey showing that there are more than 32 billion hits on Facebook daily, this presents you a rich ground to market yourself.

To add on that, the developers of this platform have made it hard to high organic reach. This has made Facebook the most suitable place to market your brand, services or products since stiff competition is eliminated and everyone is getting an equal opportunity.

However, if your video content becomes popular, you may capitalize on that.  The stat above is mind-blowing and if you did not feel the urge to start before, you should now. If you are still not convinced, one hundred million hours of video are watched each day.

Native Facebook videos have been known to have up to 186% more engagement rates and 65% of people who watch the first three seconds will watch the rest of the ad.

Facebook realized people liked audio or video clips with eye-catching colors over a common text post as this could trigger imagination. By prioritizing on the development video contents on their algorithm, this has seen the number of people looking for adverts shoot up to 1.65 billion on Facebook.

For you as a business person, you should not play a blind eye on these stats as many have started reaping the benefits of this platform.

Related: Video Marketing Statistic You Need to Know in 2019 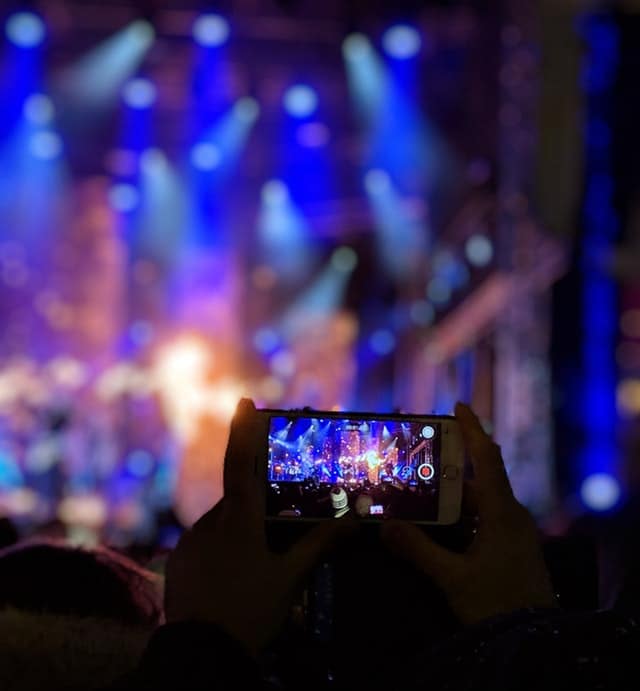 There had been a great debate on whether videos posted on Facebook received less engagement or had a lesser reach. This prompted a great research where 7.5 million posts and 187,000 pages were scrutinized to try and resolve the issues. The data obtained was quite breathtaking because the survey showed 89% of all video ads are posted on the Facebook video advertisements platform while only 8% find their way on YouTube.

The survey also indicated Facebook videos have 447% sharing success rate. Moreover, Facebook video ads received 530% comments than videos on YouTube. This rate of engagement is the key factor for the success of any organization. The emojis used also play a vital role as it helps determine the satisfaction level of your audience which help you fine tune on the necessary aspects. Facebook is surely crushing YouTube and should not let all the resources you have used go into waste by relying on YouTube links to help you in your marketing campaigns.

As any form of advertisement, Facebook platform experiences certain challenges which if not handled with care, can lead to loss of resources. However, you should not be worried as we picked on key areas that you should focus on in order to come up with a successful video to upload on Facebook.

The length of the video should be appropriate.

With so many videos on Facebook today, the concentration and tolerance of an average person has reduced to eight seconds. You should therefore make each second count and the goal of the ad should be clear from the start. You should focus on creating short and intriguing videos as this help keep the video fresh and entertaining. The small data and space occupied make it easier for your audience to share it through other social networks hence creating popularity.

Creating visual videos with less explanation or narration has proven to work better as fans can watch the advert in any location regardless of culture or language.

Facebook released a report that says videos which are less than 2 minutes are more effective. The length of your video should cover core messages of your brand.

You should however not explain everything in single shots as this greatly distrust the attention of the audience. When people hear or see information, they are most likely to remember only 10 percent of that info three days later. However, if a relevant video or image is used on the same information, people will remember 66% of the information on the same span of time.

In a nut shell, your video should be short and sparky. It should be so strong to capture attention and emotion worldwide even though the language used is not understood by all.

Best format to shoot your videos.

Creating too small and unclear videos will kill attention at the first glance. The videos should be of appreciable size and of high quality. To achieve this, you do not need expensive equipment as only a phone with a nice camera, creative applications and necessary ideas are enough stater pack which will enable you come up with a sparky video.

When shooting the videos, the mobile should be held vertically. It is important to do this in the sense, you will come up with square videos which will occupy most of the screen.

What is seen on the video even before hitting the play button should raise interest and curiosity.

This will see you become among the most successful advertisers on the Facebook video marketing page.  Make the first few seconds count.  Believe it or not, you have just two seconds to grab the attention of your viewer and if the content of the video is too flat and dry or it takes forever to load, there is a higher chance that the audience will click the stop or cancel button.

To boost engagement and create a two-way communication system, create curiosity and arouse suspense. These two are the rule of thumb.  While marketing, avoid being too aggressive or talk too much about yourself. Viewers find this distasteful and will just go for that cancel button. Uploading a picture with a link is not good enough or engaging either. Come up with a strategy to show your fans the new uses of the product and how it can benefit them.

During presentations, you should also answer frequently asked questions.

This will make the video engaging, appealing and appropriate which will act as a motivating factor.

To test on the effectiveness of your video, turn the volume all the way down and watch the advertisement. Is it shedding light on what it is intended to do? Is it arousing emotions? If yes, then you have made it.

Facebook has an auto play feature where videos play with no audio. People will see the video play silently and if curiosity is created, then they will go for the play button.

Being able to schedule and release your videos ahead of time is an added advantage. This becomes a challenge especially when your audience is in different time zone unless you are lucky enough to have a full crew of website managers.

Conducting research will enable you to release your videos according to your audience availability. You can have a few hours gap between each post.

You should not at any time brag about yourself, instead, include other well-established marketers or influences. This will help build your image quickly. By hosting multiple posts on Hootsuite, you are also increasing your Facebook visibility.

People visit Facebook to have fun. If your posts are too boring, dry or out of topic, you will end up having two views and a bunch of comments on how you need to improve. Be creative, you can use GIFs to emphasize on what you are trying to put across.

You might be wondering what is the right amount of video you should be releasing. You neither want to post too much or too little. With no definite way to determine, you should try posting a video every other week. Thereafter, you can poll your viewers and see if they want more or what you have for them is just enough.

Conduct thorough research about your audience. This will help you identify key areas where they need to be educated. Nowadays, people want instant solutions and if your video answers their questions, they will find it relevant. Educate yourself first before educating your audience.

Related: How can animated video help your business? 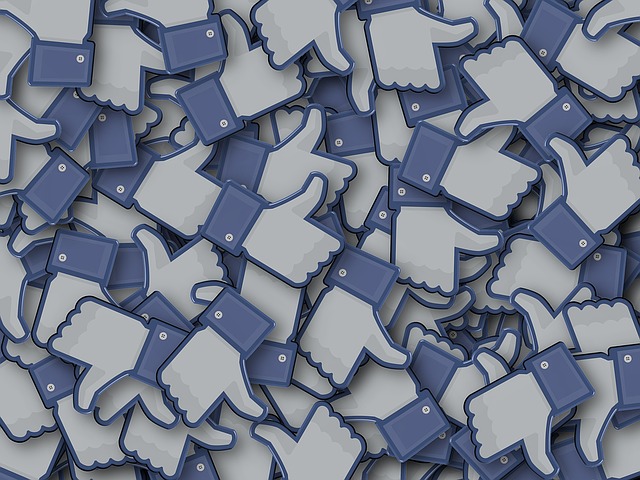 The fact remains that Facebook video marketing offers a much-needed boost to small entrepreneurs and businesses owners looking to get the most out of their marketing campaigns. However, there are few tricks you have to be aware of before leaping into this form of marketing.

The given tips below if followed will produce desired results.

DO it again and again

Given the tons of adverts released every day, the life span of your video advertisements is reduced greatly. Be active, release a sequel, one after the other. Do not wait for the iron to turn cold, strike while it’s still hot.

Call for a response

Your advertisements are not just there to entertain, they must call for a response. Including a link for your viewers to click can improve response and engagement by up to 185%.

Do not hide your video

You have spent time and resources creating this advertisement. You definitely don’t want it to slide away. Increase its longevity by adding it on Hootsuite or your featured Facebook video.

After engaging well with viewers, a summary in bullets or a few words will help seal the deal. An ending with less than 100 characters should be enough to meet the desired effect.

Despite being open to all verified brands in 2015, Facebook live still remain a platform where the majority of organizations have yet to explore. Luckily, Mudder isn’t one of them.  It is quite usual to have a few dozen people attending your training sessions.

However, when Mudder took it on Facebook, he had forty thousand trainees turning up for a 23-minute training session! Self-marketing doesn’t have to be pushy while Facebook seems to rhyme well with the needs of the current society.

Nowadays, it is not easier to fool the public. This is proved true especially on matters relating to food. However, Dunkin’ took it to another level as he took thousands of fans to the kitchen before en-backing on making a gigantic wedding cake. In a few seconds, he had more than 36, 000 viewers streaming live.

As the world is transforming and appreciating the role of Facebook on business development, you definitely don’t want to be left behind. Your business can benefit as well. Come up with a strategy of creating videos and posting them on Facebook as a survey has shown there is an increase of people using it over the last one year due to its numerous advantages to introducing themselves to the world. The is no better way to grab your audience’s attention than an explainer video. Speak to the experts at Top Explainers today to see how they can help you.

Need a video for your software or mobile app?
Check out this page, designed specifically for you. ;)