What is 2D Animation?4 min read 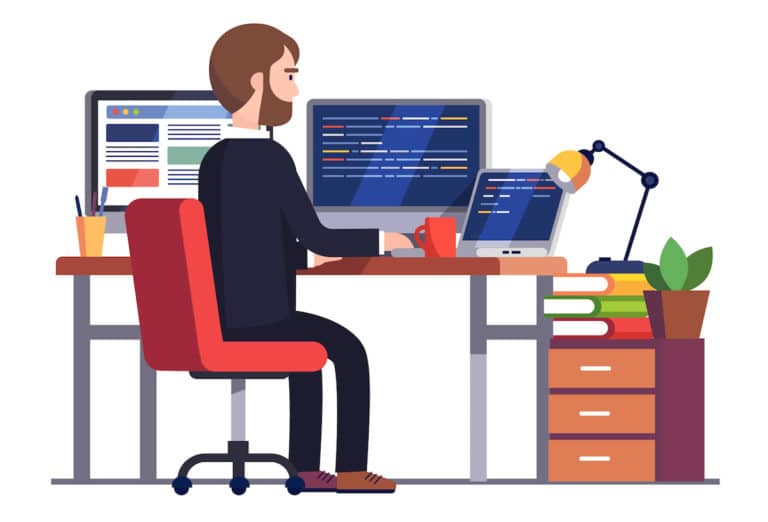 The definition of 2D animation videos is deceptively simple: flat illustrations that are strung together to appear to move. This simple definition belittles the incredible history and use of 2D animation over the years. When we talk about animation now, we usually talk about ‘traditional’ animation (hand drawn) or computer animation, but there are several obsolete techniques such as phenakistoscopes, zoetropes, and praxinoscopes that paved the way for modern cinematography.

Ok, so what is 2D animation? These kinds of videos are almost entirely done via computers, though traditional 2D animation still has a following. Computer animation is very popular because current software programs allow for a very high-quality product with much less effort than handcrafting 24 frames per second of cells. Even consumer level software can be used for everything from ‘viral’ videos, music videos, games, and presentations.

Here is an example of a 2d animation explainer video that we created.

Table of Contents hide
How can you benefit from 2D animation?
How to make 2D animation
Related Posts:

How can you benefit from 2D animation?

A very important thing that you need to know about 2d animation is that viral and music videos are a great use for it, as the unique style provided can be easy to remember and very impactful. Successful animated web series and videos abound on the internet and the level of proficiency with animation software can be reasonably low while still generating a good output. In addition, the much lower level of effort with computer animation can allow for quicker turnaround time when it comes to referencing or responding to current events or other videos that have cropped up on the internet.

When it comes to presentations and online courses, 2D animation is a great option for presenting information. Two other options are ‘talking-head’ style videos and ‘narration over slideshow’. Custom animation is much more effective than either of these other styles, encouraging a much higher level of engagement and retention. Talking-head style videos, where a narrator or actor speaks directly to the camera, can be both mentally stressful and boring. Humans are highly primed to scan the faces of those we’re speaking with to determine intent and nuance in micro-expressions. This cognitive load is well worth it when meeting a friend or stranger, but is mental overhead that simply doesn’t contribute positively towards retention or understanding.

Additionally, some viewers will find the talking-head style to be very boring and difficult to understand, as there are few images or diagrams to clarify concepts and emphasize important points. Narration over slideshow is usually more interesting than the ‘talking-head’ style but still is less successful than 2D animation created specifically for the presentation. In addition to animation being more interesting than still images, animation can focus only on what matters to the course or video and avoid extraneous background information that might lurk in the still images. It can also reduce some costs in sourcing and licensing when it comes to the still images.

Related: How Can Animated Video Help Your Business?

How to make 2D animation

An important concept when it comes to the creation of 2d animation videos is keyframing. Keyframing is the process of setting animation variables in important frames and then letting the computer determine how the frames move from one keyframe to another. For example, a simple animation of a ball bouncing might have a keyframe with the ball at the top, squished at the bottom and back at the top. The computer could then determine how to get the ball animation variable from the top to the bottom, and back. In this way, instead of drawing potentially dozens of frames, the animator has only created three and the computer has done the heavy lifting of creating the remainder.

Another method of creating 2D animation videos is called motion capture and uses live actors to go through the motions of the animation. For example, an animation of a cartoon character jumping could be created by motion capturing a person jumping, then the information is used by the computer to map the animated characters movements to those of the human. This allows for very realistic motion but is limited to motions that are humanly possible and often involve rather complex hardware, gear, and software to manage properly.

Either method can create great 2D animations, but the needs of the specific animation will drive the choice of method in most cases. Both methods also require an animator familiar with the methods and the software to be used. The skillsets are not often found in the same individual, so a company may need both a motion capture animator and a keyframe animator if both methods are to be used regularly.

PrevPreviousWhat is a Whiteboard Video?
NextHow to Make a Successful Marketing VideoNext